What is Bitcoin halving? 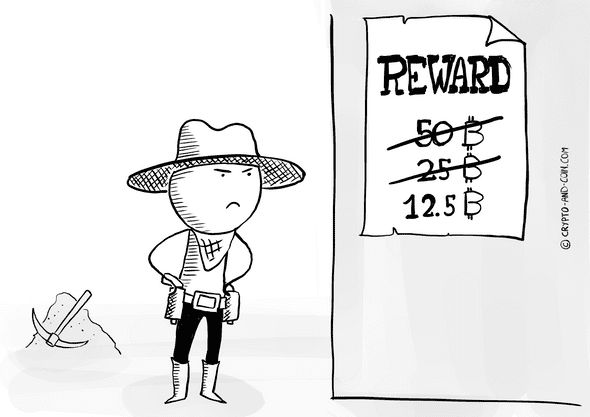 If you are following Bitcoin and cryptocurrencies news you might have read about halving (or halvening) and everyone getting excited around it. Whether you think it’s going to send the price of Bitcoin to the moon or tank it down, you might want to understand what halving is in the cryptocurrencies world. Halving is not specific to Bitcoin. It also occurs in other currencies like Litecoin for example. Let’s dive into it!

Bitcoin is digital money obeying a set of rules and these rules are enforced by software. One of these rules is that (unless the majority agrees to change it) there will be 21 million Bitcoins (actually, 20.99999998 million) in circulation around the year 2140. That’s it, no more Bitcoins created by miners after this year!

This fixe amount changes in time! The reward is halved every 210,000 blocks! It means that the Bitcoin creation speed is getting slower over time. 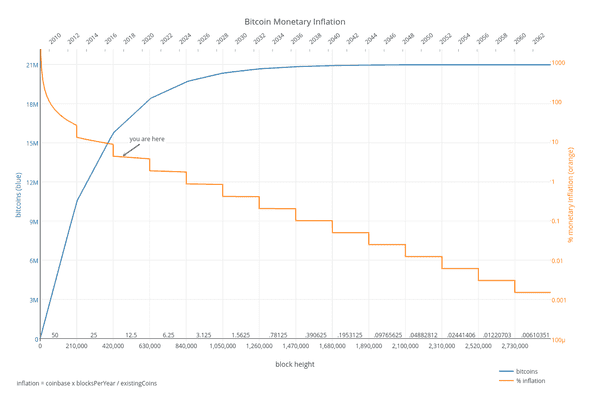 source of the image: http://bashco.github.io/

When does halving happen?

Halving has already happened twice to this day:

Next halving is planned for 19 May 2020 according to bitcoinblockhalf and the reward will go from 12.5 BTC/block to 6.25 BTC/block ! The reward is halved every 210 000 blocks so the halving date depends on the speed at which the blocks are mined.

There will be a lot more halvings until the year 2140!

Why does Bitcoin halving happen?

Bitcoin halvings happen because it’s written in the software that it must happen. It’s intentionally designed this way. But what are the intentions?

What are the consequences of Bitcoin halving?

When a halving happens, the block reward is halved. It means that new Bitcoins are mined twice slower than they used to.

There are a lot of articles out there talking extensively about the price so I won’t go into details but most of the time in economy, scarcity means an increase of value. You can expect a price surge just after the halving if demand stays constant.

Keep in mind that I’m just a modest human being and not a seer. You should stay at a safe distance from people predicting things…

What happens if miners don’t cut their reward in half?

Miners create blocks. They chose which transactions are inside that block and they add the coinbase transaction on top of that. What if a miner decides that he wants the full reward and not the halved reward?

Here is what would happen: the miner would create the block and broadcast it to full nodes around him. Nodes would check the block, see that something is wrong and just discard it. That’s it!

So the miner would have consumed energy (he is paying for that energy) and get no benefits at all in the process! Bitcoin is a game that is hard to cheat…